In our last blog post, we discussed some elections that were so close that the candidate who won the popular vote ended up losing the electoral vote. While we all love a tight election, there are many times where the result of the election is all but set in stone well before election day. Whether it was due to the success of the president before them, the state of their party, or the likability of the candidate, there are several factors that go into blowouts in US presidential elections. They don’t happen often, but when they do, there is no question as to who the people have truly chosen as their president. 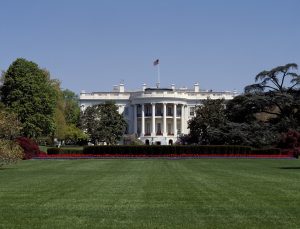 There is no question that Ronald Reagan is a somewhat polarizing president. On one end, he drastically improved the economic state of the country, and his firm foreign policy stances made him an icon of American strength and prosperity. On the other hand, many Americans felt that Reagan’s economic improvements were only made for the richest of the rich, and his cabinet did nothing to try to improve the lives of minorities and the lower class. While opinions on him are quite divided, his election results were quite the opposite. In 1980, Reagan defeated incumbent president Jimmy Carter by 450 electoral votes by winning 489-49. In 1984, Reagan set a record that may never be defeated by winning 525 electoral votes in a landslide victory over his Democratic opponent Walter Mondale.

In Roosevelt’s first term, he had some struggles getting the United States out of the Great Depression, which was quite understandable as the country had dug itself quite a ditch. However, many of his programs were picking up steam, and it seemed like things were on the upswing. The automobile and other production industries seemed to be on the upswing. Combine that with the fact that his opponent, Alf Landon, did not campaign heavily and agreed with many of Roosevelt’s policies, and you had a recipe for a landslide. While he did not receive as many electoral votes as Reagan, Roosevelt had the percentage-wise victory in 1936 with 98.49% of the electoral vote.

People remember the 1972 election as one full of corruption, intrigue, and scandal. While that is true, it is important to remember how unimportant, and ultimately foolish, all of that was for Nixon’s campaign. After a relatively successful first term, Nixon appeared to be on cruise control to another term as president. His opponent, George McGovern, had to replace his Vice Presidential running mate, which helped Nixon grab 49 states and 520 electoral votes.

All in all, elections can become huge blowouts if the right chips fall into place. It will be interesting to see how elections shake out in the future, but for now, watch this video to learn more about past elections.