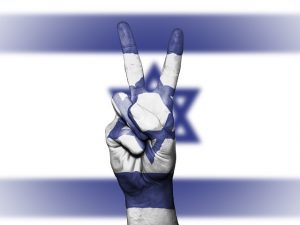 The history of the world is fraught with conflicts and resolutions, some of which are still under debate to this day. History books only cover a certain amount of the story, and it can be difficult to understand how certain allegiances were made. For instance, a lot of folks don’t realize how the United States and Israel became allies.

It has been more than a century since Zionism began and the Jewish people in Europe began relocating toward what is now Israel. However, it was the involvement of the European and American politics which had the most dramatic and lasting impact in establishing Israel as a country to be respected.

At the end of WWII, the formation of Israel established an ally in the Middle East. The relationship has benefited both parties, though it has not always been a steady and stable one. As Israelis infringed on the rights of the Palestinians, there were many countries in the Middle Eat interested in helping them to fight back. However, with certain American and European leaders promising to back Israel during a conflict, it has created difficulty for their allies in helping the Palestinians.

One of the reasons that some cite for American support of the tiny nation is a shared value system. Because the US was founded and established using many of the Christian values of the European culture at the time, they have a basis in the Old Testament writings of the Bible. These are the same texts that Jewish adherents use for their faith. Although their historical beliefs diverge at the point of Jesus Christ being the savior born and many people in the US today no longer even believe in Christianity, the common history provides a strong foundation for an ongoing friendship that benefits both sides.

With an established ally in the Middle East, the US can keep a close eye on what is happening in the region. Meanwhile, Israel gets to enjoy the support and backup of their larger and more powerful buddy on the other side of the world. This win-win situation is likely to continue as both sides receive benefits from the other. Should a political upheaval occur in the US, it is possible that the new value system would no longer be congruous and that the relationship could suffer as a result of the change. Only time will tell what the future holds.

If you have been paying attention to the news lately, you might have heard the term ‘NATO’ getting thrown around some. The organization was a campaign issue during the 2016 presidential campaign, as the Republican candidate Donald Trump threatened to weaken or even leave the alliance, charging that some nations were not paying their share. After his win and assuming power in the White House, his commitment to the alliance was a foreign affairs matter in his first trip overseas. The constant mention of NATO in the news left a lot of folks wondering what NATO is and how does it influence politics in the US.

NATO is an acronym for the North Atlantic Treaty Organization. Its roots trace back to the conclusion of World War II in the European theater. It took the combined Allied forces from North America, Western European nations, and the Soviet Union to defeat Nazi Germany. As a result, the USSR (now Russia) occupied much of Eastern Europe at the end of the war, including half of Germany. Those nations had communist rule and were politically and militarily subservient to Moscow’s wishes. They collectively formed a multinational alliance known as the Warsaw Pact.

NATO was a vehicle for the United States, the United Kingdom, France, and other nations to join together to stand with one another in the threat of global war with the Soviet Union and its vassal states. The actual line-up of NATO states has grown and changed over time, now reaching to places like Turkey and the Baltic States. Many other former Soviet republics or Warsaw Pact nations are either now members of the Alliance or petitioning to join.

Article V of the NATO charter is what states that allies must come to the aid of a member state when attacked. Despite all the tension of the Cold War, this clause was only triggered once during the September 11, 2001, terrorist attacks on New York City and Washington, D.C.

While the Cold War is long over and the Warsaw Pact is gone, a resurgent Russia is challenging the strength and unity of the remaining NATO alliance. The possibility of a Russian invasion of places like the Baltic states concerns the alliance possibly being triggered and used, and while President Trump did not initially voice support for Article V commitment, he has done so since. The alliance will stay in the news for some time to come.

The United Nations is an organization that was formed to maintain international peace, cooperation, and order among the countries and states that are members. It currently has 196 member states and was founded in 1945 in order to act on issues affecting humanity in the 21st century. This organization is financed by the member states and is the most powerful inter-governmental organization on Earth. This organization mainly focuses on promoting human rights, fostering social and economic development, providing aid to countries affected by conflict or natural disasters and is committed to world peace on the whole. At the end of the Cold War, the United Nations took on the role of being peacekeepers throughout the world and has had some good success in doing so.

This organization is all about maintaining international peace and security and was founded after the second world war to do just that. The UN has peacekeepers that actively work to prevent conflict and help conflicting countries or nations to make peace. They also work hard to create the right conditions for peace to hold and allow the nation to flourish.

Protecting human rights is another major task that the United Nations sets out to achieve. It is one of their key purposes and is a guiding principle of the organization. They created the Universal Declaration of Human Rights in 1948 that makes human rights an important component of international law.

Delivering humanitarian aid is another key purpose of the UN. They first started after the devastation caused by World War II by helping Europe to completely rebuild. They are usually relied upon to organize relief operations for both natural disasters and man-made conflicts around the world.

Promoting sustainable development has become a main priority of the United Nations. They seek to improve the well-being of people in disadvantaged countries and situations without any attention being paid to gender, sex, race, religion or language. Sustainable development with protection of the environment is actively promoted since the well-being of both humans and the earth is seen as critical.

In closing, we have just looked at what is the United Nations. We have covered the main roles of this organization and how they work to improve the world not just for one nation, but all.