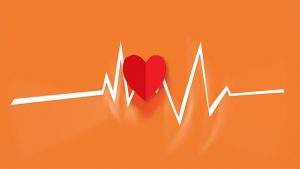 There has been a lot of back in forth in politics about what a good healthcare bills and the debate over the current ACA (aka “Obamacare”) and the AHCA (aka “Trumpcare”) has been heated, to say the least. The trouble is that it can be difficult to cut through slanted points of view and to get some type of a read on what an un-biased comparison looks like. With anything as complicated as a national healthcare system there will always be unexpected consequences however we will compare these two health plans and the most likely results based on in-depth studies and past instances of similar healthcare plans being joined or dropped.

Is “Trumpcare” Going To Be Better Or Worse Than “Obamacare?”
This is a difficult question to answer for two main reasons:
1) Because there is no finalized version of the Trumpcare bill yet and as the old saying goes “The devil is in the details”
2) Answering this question depends heavily on an individual’s idea of what a good or better healthcare system should look like

In addition to this, as with all things in politics, there is often a difference between what the face of the bills (Trump, Obama) say and the details that actually make it into law. In situations where there is a contradiction or technicality, we’ll default to known text as being the overriding way the program works or will work.

The Major Differences
The ACA under Obama was seen as a first step towards socialized medicine, taking the idea of healthcare as a right but trying to create a privatized or capitalistic solution to providing the same universal or near universal coverage. For the first time people could not be denied insurance because of pre-existing conditions, there were no caps on lifetime coverage, and limits were put into place in regards to pricing so people with pre-existing conditions couldn’t be priced out of the market. The expanded coverage of the poor and high risk individuals was off-set by taxes mostly on very high income earning companies or certain types of investment income.

The AHCA appears to be returning to a more free market approach getting rid of things like the individual mandate, allowing states to decide what constitutes essential coverage, and allowing states to eliminate price checks for people with pre-existing conditions. The idea is that cutting down on regulations will allow for lower prices because of competition. There are very mixed assessments on whether or not that will have any major practical effect.

Major Potential Impact
The AHCA will reduce taxes for many individuals with investment income as well as some privately owned businesses paying more taxes on insurance and healthcare. While in theory healthcare under Trumpcare would still be accessible to everyone, the problem is with no price checks the reality indicates that likely over 20 million people would lose their health coverage, and the proposed multi-billion dollar pool for high risk cases wouldn’t come close to making up the nearly $600 billion in tax cuts from repealing ACA funding.

For individuals struggling to stay insured, the lack of penalty for not having insurance could theoretically be helpful, as long as they stay healthy and don’t need insurance coverage.

What’s The Overall Verdict?
If you believe in the lowest possible taxes and 100% capitalism, then Trumpcare is a huge improvement over Obamacare as many medical providers, pharmaceutical companies, and wealthy individuals will see tax breaks totaling an estimated $600 billion. However, if you are with the group that sees healthcare as a right or believes controls are reasonable to encourage lower pricing or access to coverage then Trumpcare is going to be a major step back from the ACA and Obamacare.