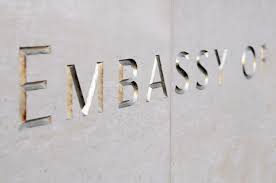 Embassies are a declaration of mutual acceptance and play a major role in international politics.

The US is home to countless embassies, but it’s important to recognize the nations who don’t have an embassy in the US. The reasons vary with each nation, but it provides an incredible look into the world of politics and how various heads of state don’t see eye to eye.

Let’s break down each nation that doesn’t have an embassy in the US and why that is the case.

Iran and the US have butted heads for years.

The US hasn’t openly stated it refuses to house Iran’s embassy, but the nation states it is unnecessary and something it refuses to accept. Iran has often stated the US has “illogical” attitudes when it comes to Iran and that region of the world meaning Iran’s embassy doesn’t have a place in the country.

Both nations have also shown signs of displeasure with each other at various times over a range of issues. It is important to note both nations used to have diplomatic relations at one stage, but these were eradicated after Iran made its declaration to avoid housing a US embassy within its borders.

North Korea and its dictatorship are situated in a political position where they’re in disagreement with most of the world. Their poor relations with the US have been evident since day one. The US has looked to isolate North Korea due to its poor policies, and North Korea has often shown signs of aggression by developing nuclear weapons.

This illustrates why both nations don’t see eye to eye when it comes to embassies.

Still, it is important to note both nations continue to talk and figure things out but nothing has come to fruition.

This is a tiny kingdom situated in the Himalayan Mountains.

The next entry on this list would be Guinea-Bissau.

This tropical West African nation has gone through several decades of political turmoil with raging civil wars and coups. Due to this reason, the US has never been able to have settled political relations with the region. However, in present time, they have a democratically elected leader, and this has helped initiate talks between both sides.

This may lead to changes in the current setup.

What about the Caribbean Islands? These are the tropical regions of Dominica, St. Kitts and Nevis, Antigua and Barbuda; Grenada, and St. Lucia. The reason these islands don’t have an embassy in the region involves not being able to come up with an agreement.

The diplomatic relations are present between the US and these islands, but the final details still have to be etched out. These embassies have been in the work for a while. Experts believe it is a matter of time before the islands have an embassy in the United States of America.

These are the five regions of the world that don’t have an embassy in the US. Some of these nations don’t have embassies due to political reasons while the rest are still figuring things out. In general, the US does have good relations with most of the world and continues to grow its reach.

International politics provide intriguing insight into those who have good relations and those who don’t. Embassies are an extension of this and can often provide significant value while figuring out those who are on the same page and those who are not.