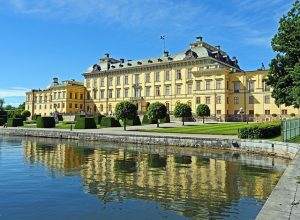 The term ‘monarchy‘ is possibly something you come across from time to time. However, do you know what a monarchy actually is? You might be curious about this when you come across the term. That can happen if you pay attention to international news, as many countries around the world are monarchies. You might also be exposed to the term in a historical context through a class, movie, or novel. It also comes up in a lot of video game settings as well.

A ‘monarchy’ is a noun. It’s a form of government where there is a monarch at the head. A state with a monarch might also have a royal family or dynasty with many different monarchs in succession coming from the same bloodline.

This form of government is one where the royal family or dynasty actually embodies the very national identity of the country in question. The specific monarch in charge practices a role of sovereignty over the government and citizens. However, the degree of practical power does vary quite a bit. Some nations are called crowned republics, where the monarch is purely a symbol. Other countries, called constitutional monarchies, are governed by a constitutional document but have monarchs who are technically heads of state with partial or restricted powers and authorities. Absolute monarchies are states where the monarch has complete and autocratic control over the nation.

While things vary from one monarchy to the next, the post of the monarch is traditionally an inherited one. The position lasts either until death or abdication. Having said that, a number of elective monarchies have a selection process to choose the monarch.

Monarchy was a very common form of government across much of history, particularly in Africa, Europe, and Asia. A king, queen, or emperor would assume a throne and would be considered to have a direct influence or connection with deities or a single god, depending on whether or not the nation or civilization in question was polytheistic or monotheistic. A number of monarchs would actually proclaim themselves as being divine themselves.

Resistance, uprisings, and enhanced philosophies, as well as a desire for rule of more equitable laws for commoners, led to the eventual weakening of the absolute powers of monarchs. The English Magna Carta is one of many such examples. In the new world of the Americas, monarchies do not really exist, although Commonwealth states might technically have the British monarch as their head of state.