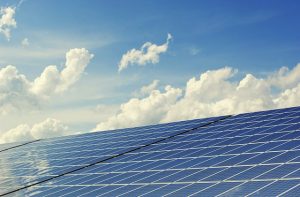 The Boston Tea Party was a seminal event in the history of the United States and probably played part in the eventual separation of the what would become the United Sates from being a simple colony under the control of Great Britain.

Of course, a revolt against taxation of tea was not at the core of that protest, the causes were much more complex. But today the Green Tea Party has similar objections to the way that the United States government is handling issues that impact on the lives of each and every citizen in the U.S.

As a ‘Green’ party their primary focus is on environmental issues. Although they are widely regarded as an offshoot of the mainstream Republican party the party has hitched its wagon firmly to the issues that surround environmental issues. The Green Tea Party has been vocal in their support of the use of solar energy as an alternative to the power supplied by large energy companies in the United States.

This may at sometimes put them directly in the sights of power brokers of the Republican party in Washington who, by and large, have enjoyed the support of those very same power companies. However, the organizers of the party are of a different view.

The traditional Republican view is that power, both political and in the sense of energy should be decentralized sits well with many in the Republican party. And this is what the Green Tea Party stands for. In the opinion of their leadership and their supporters, people should be empowered to cut themselves off from a national grid controlled by big business and a government that they see as exerting unwanted control over the lives of ordinary citizens.

Whether or not they will continue to enjoy the support they have enjoyed to date remains to be seen. However, the message resonates with many people in the United States. In an age where big business and car accident legislation seems to touch each and every part of a citizen’s life many people simply want to be left alone to enjoy the freedom from interference. And that includes their right to freedom from interference when it comes to energy.