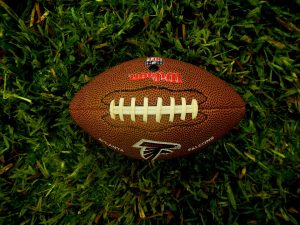 There has been a lot in the news recently about politics entering sports and arguments over whether or not this is appropriate. This has been especially true in football when Colin Kaepernick (and others) kneeled during the National Anthem before the game, and when asked about it mentioned he was protesting the shooting of unarmed people of color by the police, who were then almost never punished. This led to a predictable political fall out with one side yelling about free speech, one side claiming what he (and all other athletes supporting him) were doing was disrespectful to the U.S. military, and some moderates trying to find a common ground.

So what is the history of football and politics and what exactly should their relationship be?

Who Started The Politics?
There’s some disagreement about this. While the name Colin Kaepernick comes up a lot, he was by far not the only one and in fact had teammates with him who also protested (and continue to be employed in the NFL). He was an early adopter of social justice protesting that included kneeling during the anthem, a move he says he adopted over sitting after talking with several former members of the special forces.

On the other hand, it’s a legitimate point to argue that Kaepernick and many other athletes wouldn’t be protesting at all if there wasn’t an injustice they felt like wasn’t getting enough attention or conversation. That’s generally the basis of peaceful protesting.

Another fact that has come up is the fact that the military has paid the NFL a considerable amount of money to create those pre-game displays and to have athletes out on the field during the singing of the national anthem. This wasn’t a long time tradition, but was a program designed to get the military out and associated with the NFL as a way to help spike recruitment numbers.

So in other words, politics was already injected into the NFL and that goes without even looking at the fact that local tax payers often have to float the bill for building a new stadium.

A Historical Way For POC To Speak Out
The truth is that politics have long been a part of the Civil Rights movement. Muhummad Ali and Jackie Robinson were major figures because sports hits a common chord across American culture. Their platform was a way to deal with deeper issues, so this is a situation that isn’t without precedence.

What Does This Mean?
Honestly, hard to say. There are strong passions on both sides of the issue of free speech, its exercise, and a lot of spin over this entire situation. Only time will tell how this particular chapter plays itself out.