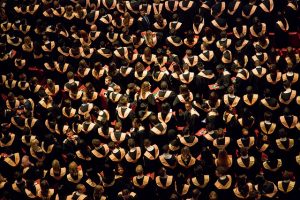 New York’s implementation of free tuition for students (or their parents) with a net income of less than $125,000 has had an impact on various components of American society. The visible impact has happened to students who are now provided with a tuition-free option if they choose to pursue it.

However, the next question is, “How does it impact other parts of America?”

Will it remain the same? Are things going to change so other states can start to catch up to New York with its free tuition setup?

Let’s begin with the impact this decision has on other states. With Oregon and Tennessee already having tuition-free programs (two years only) there was a precedent for such an inclusion. However, New York is the first state to provide free tuition to all students for a four-year program.

Various other states will look to mimic this option as it has been received well.

It is expected adjustments would be made to how the program is rolled out in those states. Similar to most changes at a state-level, some are going to adapt it while others are not. In general, the average state is going to implement some form of this program to get it on the ground.

This should have a profound impact on the educational landscape moving forward.

What about the federal government? How will they react to this program?

The federal government continues to fund students and provide multiple pathways for students to manage their fees. It is important to note various other states have built-in programs to help students even if they’re not as robust as the one passed by New York.

The federal government will be eying how well the program does and might end up promoting it in other parts of the nation, like they did with legislature regarding personal injury. This is a change which will happen gradually and shouldn’t be expected right off the bat. The positive is both sides in the house of representatives are in agreement with the value of this option and what it brings to the table.

This might pave the way for future allowances when it pertains to education in the nation at a federal level.

Before looking at the impact this decision will have on student loan debt, it’s important to recognize how the program works. It will provide tuition fees for all students who qualify but will not provide assistance with room or food expenses. All of those are the student’s responsibility.

Keeping that in mind, the student loan debt will start to deplete. Most students study in the region and will take advantage of this program for all it has to offer. This is critical as it provides students with an excellent launching pad once they graduate and enter the working world.

New York’s free tuition program will take three years to implement and is going to be rolled out in September 2017. The goal is to ensure students who are wishing to pursue post-secondary education can do so without worrying about fees. This is a significant change and something that has been in the works for a while. Its impacts on neighboring states and the federal government remain to be seen, but there will be movement one way or another. New York might become a leader in this regard and set things into motion for a wholesome change across the board.

A lot of focus is being pushed towards the state, but many are looking at this as a new way of life for students.