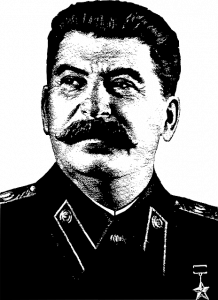 There are many different types of governments out there, and with politics in the United States becoming more and more divided there seem to be many political terms thrown out there without people having a truly good grasp of what they all actually mean. One term that is getting tossed around by both the right and the left is totalitarianism, and while this type of government is certainly a reality in many parts of the world even during the worst of times in the United States we are long ways off from becoming a totalitarian state.

Totalitarianism refers to a form of government where there is one person with 100% of the authority who is unquestionably in charge. He rules the state, the government, and any authority that anyone else has comes from his decree or being in service of him. These are governments that tend to have extremely tight control over the press, the arts, and even everyday life of the people who live there. This type of force almost certainly stems from a military background, and having the full support of the military is crucial for these governments to work since brute force (or the threat of it) is the primary method to keep everyone in line.

These types of governments are often referred to as dictatorships. There may or may not be local governments or a house and senate type setup for show, but in the end all rules and decrees come directly from the person in charge who can’t be overruled in any circumstance.

Totalitarian Versus Authoritarian
While these two types of government are relatively similar to one another (similar to how democracy and republic are related forms of government) there are a few distinct differences. Authoritarian regimes a small group hold power or even one person, but their only focus is holding that power at a government level. On a totalitarian level, the leader attempts to control everything and even create a “cult like” state where every part of everyday life is affected.

Nazism is one form of this since it wasn’t just about government and military rule with Hitler undisputed as the man in charge, but there was an ideology, ethnic cleansing, and an entirely new moral code imposed upon Germans and immigrants who lived there in that era. North Korea is a modern day example where it’s not just power at the top, but every single part of everyday life is controlled by the state.