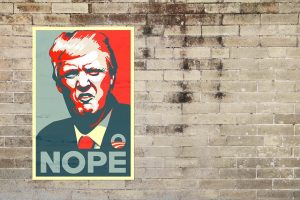 The new president of the United States, Donald Trump, has decided to erect a wall in between Mexico and the United States. The reason for doing so is to theoretically help diminish the possibility of having illegal immigrants cross over from Mexico into America. Although there is a substantial fence line that is constantly monitored which has been successful at diminishing illegal immigration, it is thought that this wall will actually be a much better deterrent. Let’s look at the pros and cons of building a border wall between Mexico and the United States to determine whether spending billions of dollars on this new barrier will be worth the money.

Do We Currently Have An Existing Wall Or Fence?

There is actually a fence line between the United States and Mexico that has existed for many years. It does not, however, block the entire border. The continental border itself is nearly 2000 miles in length, but there is currently only 580 miles that is fenced off. Although it is not a continuous structure, it does protect a sizable area, specifically where the border is easy to access. There are also digital cameras, drones, and individuals that patrol this area, helping to make it as effective as possible. The areas where no fence exists are in regions that would require people from Mexico to travel into very mountainous areas or across desert terrain for a minimum of 50 miles before reaching the US-Mexico border.

It is unlikely that a wall that blocks the entire border would be 100% effective that preventing illegal immigration. People will still find a way to climb the wall, go under the wall, or they may simply focus on ramping up the creation of fake identifications. Although having a wall that extends the full distance would prevent people and vehicles from simply walking across the border, the remaining 1400 miles of the border that is currently not protected by a physical structure are areas where human beings would simply not attempt to cross.

The Pros And Cons Of Building This Wall

From a negative perspective, this wall is estimated to cost upwards of $20 billion, something that President Trump initially stated the Mexican government would pay for, will likely be paid for through American taxes. There is also no guarantee that it will prevent future illegal immigrants from crossing the border as pointed out by Staten Island care planning attorney. On the other hand, from a positive perspective, it may provide extra protection. Until the wall is up, and its value can be assessed, we may never know. What we do know is that illegal immigration is something that will continue to happen, and when people are desperate enough, they tend to find a way to get from Mexico into the United States.