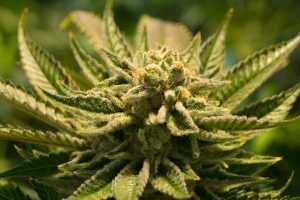 In the United States, marijuana has been illegal for most the past 100 years or so. However, some states, such as Colorado and Washington, have now legalized owning personal quantities of marijuana with encouragement from attorneys and other legal advisors. However, this has opened up a lot of debate in other states about the pros and cons of legalizing marijuana. There are plenty of opinions on both sides and the different sides aren’t split along the usual political line either.

One of the huge reasons to legalize weed is to free up the jails, courtrooms, and policemen to focus on other, more important crimes. There is always a shortage of money in the justice system so crimes have to be prioritized by importance with the most serious getting the resources and the lesser crimes not so much. In states that have now legalized smoking weed the police no longer need to pay any attention to those that are only smoking and can focus on dangerous felons.

It also relieves the huge burden that many young people pay when they enter the justice system after being arrested. The lawyers, fines, and jail time take their toll and leave many people in debt for years. Now they can be left in peace and not worry about being arrested.

There Are Benefits To Medical Marijuana As Well

The most common two drugs in weed have two different effects on the human body. One, the THC is what causes people to feel euphoric, or high, the other CBD has a full range of benefits that have nothing to do with feeling high at all. The CBD has been shown to be highly effective in reducing joint pain caused by arthritis. Many sufferers of arthritis have been taking opiates for so long that they’ve lost their effects and they have to keep increasing the dosage. By smoking medical marijuana that has a high CBD content they can reduce or completely replace all of the prescription pain medication they’re taking.

Although the evidence is still being collected and research being done to prove its effectiveness, many veterans swear by marijuana as a treatment for Post Traumatic Stress Disorder. Some US states have allowed prescriptions to be written so that those seeking help can smoke marijuana for relief. The US Department of Vets Affairs publicly states that there is no evidence of it working on PTSD yet millions of Vets go on PTSD forums and state their claims that it’s the best treatment available.

There Are Some Cons To Legalizing Marijuana

Obviously, people getting high is not the best use of their time, and driving a vehicle after smoking can be dangerous as well. But many people do the same after consuming alcohol and there are systems in place to reduce this particular type of abuse.

If nothing else, freeing up the justice system from the huge backlog of pot smokers will save a lot of money. At the same time, many of the states that legalize the drug are also collecting taxes on it and making money. The debate will rage on and eventually more states will legalize smoking marijuana and more studies will be done on it’s use in pain relief, PTSD, depression and other diseases as well.