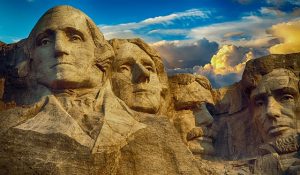 When there is no good news to go around, you can trust in politicians to shock the world. Whether it is the power trip they go on that makes them think they are untouchable (which in some cases it is true), or they simply lose sight of what’s important, a scandal is never far away. Here is a look at some of the most famous political scandals to date.

Bill Clinton made waves around the world when he got caught with his pants down – in a manner of speaking. Now, he is associated with a name nobody who lived in the 90’s is going to forget, which is the notorious Monica Lewinsky. They had an affair of sorts, and when Lewinsky came out with the truth, Clinton denied the allegations.

Eventually, the pressure got to him and he confessed the affair did happen, which also triggered his downfall. And the fact that he lied about the affair in the first place didn’t help his situation. To make things worse, six years before getting tangled up with Lewinsky the tabloids ran with a story about him having an affair with a state employee. Sounds like he’s going to need an estate planning attorney real quick if he keeps up this behavior.

While Hillary Clinton wasn’t caught cheating on her husband, she found herself in a world of trouble thanks to emails that leaked from her private server. The private server was established for her, her family and her deputy chief of staff. In 2009, she vowed that she wouldn’t coordinate with the Clinton Foundation, and this is what the FBI based their initial investigation on. They accused her of breaking the Espionage act of 1913, which created one of the most famous political scandals and putting her right up there with husband Bill.

By now everyone has heard of the Watergate scandal, and it will probably continue to resonate with Americans until the world ends. It was the first time a president resigned from his post, and it was also when Americans became aware of how deceiving a political image can be.

As the story goes, five of Nixon’s re-election campaign members started engaging in phone tapping and stealing top-secret documents. However, it will never be clear whether Nixon was in on the plan before it happened, but he did his best to sweep it under the rug. That didn’t stop an impeachment process from escalating, uncovering more dirty secrets about how Nixon abused his power on several occasions.

Even though Daniel Ellsberg was only a marine and military analyst, he became famous when he leaked confidential documents (referred to as the Pentagon Papers) to the New York Times in 1971. These documents show that the Vietnam war had several underlying motives for expansion, but this was withheld from the American public and Congress. These secrets passed under four presidential administrations – starting with Harry S. Truman and ending with Lyndon B. Johnson – until the New York Times printed sections of the reports. Naturally, the Nixon administration tried to stop the paper from running these stories, but the Supreme Court didn’t agree and made the landmark decision to support press freedom.