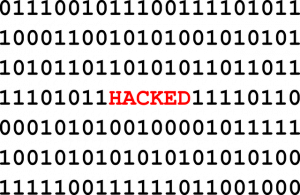 Cyberterrorism is on the rise, with more and more attacks being reported on a daily basis. Large computer hacks on corporations, government databases, and computer networks are becoming more common and more people are having their private information stolen by cyber terrorists. Cyber terrorists could potentially disable power grids or even bring down the Internet, which could result in disaster.

Cyberterror attacks could bring down the banking system and even start a nuclear war if the terrorists were able to successfully hack the military. One of the worst things about cyberterrorism is that it operates in the shadows and it is extremely difficult to actually apprehend anyone.

You can find hackers who are actively trying to do harm anywhere from ISIS to neo-Nazi groups. Their intent is to create chaos and steal personal information from multiple people to both track people and cause financial harm. On an individual level, being hacked causes extreme stress and you feel that your privacy has been invaded.

Cyber terrorists have a larger goal of carrying out attacks that are actually going to kill people, like tampering with the computers that run nuclear energy plants for example. These attackers will try to create chaos in any way possible and will look for loopholes that allow them to get access to the most sensitive information they can find.

Power stations could be potentially vulnerable as there are so many of them and it is impossible to fully protect them. If hackers managed to shut down a power station in the heat of the summer, it could be disastrous because thousands of people would temporarily lose their air conditioning and their refrigerators would go out.

Cyberterrorists look for vulnerability and when they find it, they exploit it. Whether they are working on disrupting the financial system or taking down infrastructure, eventually an attack is going to succeed. Any computer system is going to be vulnerable to attack, no matter how much security is in place. A good cyber terrorist is going to find a way to get around those security measures and try to harm people in the worst way they can.

Oil refineries, water plants, pipelines and more could be vulnerable to an attack. It would be wrong to underestimate how much chaos an attack could cause. Hackers could even do something like attack retailers before Christmas and cause extreme financial harm to them. Cyber terrorism is a real threat.