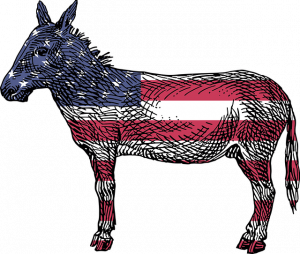 Every time we get within two years of a presidential election, political debates begin to arise, celebrities and public figures speak out for or against current policies, and politicians from various states come to the forefront of the public eye. Part of the election process is selecting who will represent each party in the next presidential election. The Republican party currently holds the presidential office. President Donald Trump will most likely run for a second term and represent the party. If the Democrats want to take the office, it is imperative that they begin campaigning sooner rather than later. Towards the end of 2017, the Washington Post put together a list of the top Democratic candidates for primaries. Some are familiar politicians, others are less well known, and some are known for their celebrity status. As we witnessed in the previous election, anyone who claims they are going to run should be taken seriously.

Who are the Top Candidates?

The top candidates to win the Democratic primaries are from all over the country. Some are active politicians, others are hinting at a comeback, and one is very familiar with the White House. According to the Washington Post, the top candidates are:

Bernie Sanders is a name that has been thrown around in previous presidential elections. Although, each time he has fallen short of becoming the Democratic nominee. The 2020 election might be his best chance of reaching the coveted oval office. He has the experience on his side and has gone through this process before. We will see if he is able to learn from previous mistakes and lead the Dems to the promise land.

Joe Biden is an interesting candidate. Biden served under the Obama administration as the Vice President. His actions and charismatic personality took the nation by storm. Unfortunately for Vice President Biden, his handling of past sexual harassment cases, like Clarence Thomas, may come back to haunt him.

Massachusetts Senator Elizabeth Warren comes in at the number three spot. Elizabeth Warren has shown little inclination to run and it is unlikely that she will run if Bernie Sanders does. However, if she decides to run, she may take the Democratic nomination.

Kirsten Gillibrand became a household name after she called for President Trump’s resignation amidst sexual misconduct allegations. Since the allegations have subsided, but Kirsten has kept herself relevant. She has expressed interest in running for the presidential office. We will see if it comes to fruition over the next year.

Kamala was able to place herself in the democratic primary conversation when she spoke out in support of single-payer healthcare. Like Gillibrand, Harris called for Trump’s resignation amidst sexual misconduct allegations. Harris appears to be vocalizing her opinions on political matters, setting herself up for a primary nomination.

Other Names you May Recognize

In late December 2017, the Washington Post put together a list of the top 15 candidates for the Democratic nomination. Of course, there will be claims made by a ton of public figures if they are unhappy with the current administration, which many are not. Some of the names worth mentioning are:

Superstar wrestler turned actor has voiced his concerns with the current administration. He has been outspoken about his ambitions to run for office in 2020, but nothing much has come fo it.

Although Schultz has not officially stated that he is interested in being considered as a candidate for the 2020 presidential campaign, he certainly has not held back from expressing his political beliefs. He has shared his visions for the future of America across many platforms. As the election nears, we will see if he is serious about running.

Oprah might be the most influential individual on this list. Her following is extensive and diverse. Further, her potential campaign budget will be unmatched. Oprah has been outspoken about her political beliefs. The former talk show host has compiled an abundance of awards and achievements for her philanthropic contributions to society. She is also an excellent communicator and would make for an interesting candidate.

Cuomo holds the second highest ranking office on this list, but he comes in at 10 and is currently the lower ranked candidate out of the New York State government. Cuomo has taken heat after mishandling sexual harassment allegations against his former senior aide.