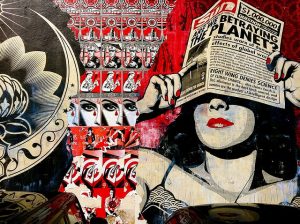 Many people have heard of authoritarianism before, but they may not know exactly what it means. This is a word that is typically attributed to people that are in power and the way that they rule or govern their country. Authoritarianism actually refers to a form of government that provides very limited political freedoms and has a strong central figure, or group of people, that rule without constitutional accountability. Let’s go over the basics of authoritarianism, as well as the pros and cons of this particular form of government.

The Four Attributes Of Authoritarianism

There are four specific components of authoritarianism. First, it is a system of government where political pluralism is not the main focus. If there are any dissenting political parties, groups, or figures in the government that are not on board with the opinion of the ruler, they are often removed in some fashion. Second, an authoritarian ruler governs his country based solidly on emotion. There is always some type of evil to combat, and this ruler will repeat ad nausea who this enemy is in order to keep the people focused. Third, there is often a movement to quiet anti-regime activity or political opponents that do not agree with the authoritarian ruler. Finally, these rulers have executive power, much like a dictator, and their way of governing is often shifting from one viewpoint to the next, often appearing more vague than definitive.

This is a system of governing that is often seen in countries where the rulers tend to be dictatorial. It has no place in a democratic society, although many will try to state that they are not authoritarian at all. It is always better to have a leader that is willing to work with those in their government, as well as with the people. It is an outdated system for governing countries, and as democracy continues to become popular and accepted, perhaps authoritarian behavior will become a thing of the past.