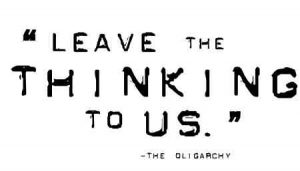 You may be familiar with types of power structures such as a monarchy and democracy, but there is another type of structure, known as an oligarchy. This is basically when there are a few people ruling together who are more powerful and richer than the people that they are ruling over. These are usually nobles or aristocrats and include both men and women. Even if the women are not a part of the council, they are typically the wives or mothers who have significant control over their husbands or sons who are a part of the council.

As a result, oligarchies are not male-only power structures, which means that they can be quite good for the empowerment of women. Now, in an oligarchy, the group of people that are in charge, can be elected in a variety of ways. In some cases, some people are born into it while others may be elected by the people and yet others, become a part of the council by owning large amounts of land, property, and money.

The council usually meets on a regular basis, such as every week or every month in order to discuss important issues and make decisions. They basically decide on the laws that rule the majority such as what are punishable crimes and the punishments. It also helped establish the role of law firms.

This type of power structure is not as common as you may think and monarchies are much more popular. An example of oligarchies in history includes the rule of most Greek cities after the dark ages. Athens, Thebes, Corinth, and Etruscans were oligarchies. The Roman Republic that began in 500 BC was mostly an oligarchy as well. During the middle ages, cities like Venice, Florence and Genoa were both oligarchic and democratic. After looking at much of history, this type of rule was more common in Europe and rarely found in other countries.

Many authors have characterized the United States as having many characteristics of an oligarchy. Many political scientists have indicated that the vast majority of Americans don’t have much control over policies being formed by the government whereas the wealthy 1% does have more significant control. The average citizen typically only gets what they want if the wealthier Americans and specific business groups have those same interests, which is a classic indication of an oligarchy.

In closing, we have just taken a closer look at what is an oligarchy as well as specific examples of this power structure in history and present times. Here’s a great video that explains it more in depth: