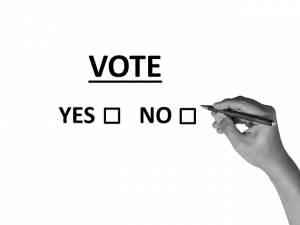 Democracy is a form of government which operates by allowing the population of the country or state to choose their own elected representatives. There are many examples of democracy in action. The UK is run by a democracy and has a monarch as a figurehead, in the form of a constitutional monarchy. This is in contrast to other western countries, which generally have representative democracies.

The idea of a Presidential Democracy is common in the Americas and in Asia, but it is a complex system of democracy which sees the president elected through a free election, and then serving has a head of state and also as the head of the government. The president is relatively secure in his legislature, but members of the legislative branch are equally difficult to remove. This means that there is a separation of powers. The president and the legislature can, in some cases, control separate parties and this can interfere with the operation of the state.

Some US states have a hybrid or semi-direct democracy. The Swiss Confederation is another example of that. At a federal level, citizens have the ability to propose changes to the constitution. They can also ask for a referendum on any law which the Parliament will then have to vote on. The Swiss population is quite well educated in terms of democracy, and quite eager to participate. In a period of a little over ten years from January 1995, through to June 2005, they voted a total of 31 times, answering 103 questions.

In the United States, there are several states which have direct democracy systems, but this is not offered on a federal level. In New England, town meetings are often used to determine local issues and manage the local government. In Vermont, there are annual town meetings where issues regarding schools, budgets, etc are voted on.

There are other kinds of democracy including liberal democracies and socialist democracies. Even anarchism is considered to be a democracy of a sort. Majority rule is consistent with anarchism, but not all anarchists support that viewpoint.

The key idea behind democracy is that those who are eligible have the chance to vote on issues and that the group that gets the majority (or plurality) of votes will earn a decision on the issue. The difference between proportional representation and first past the post is an important part of differentiating how democracies work.