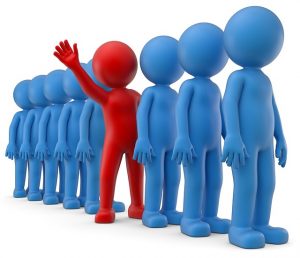 If you were alive during the Cold War, there is a good chance that you remember how hostile the United States was towards any notion of Communism.

From 1947 to 1956, the United States went through something called “The Second Red Scare,” which saw United States politician take a hardened stance against communism and take increased action against anyone even tangentially related to communism.

The head of The Second Red Scare and its nationalist rhetoric was Senator Joseph McCarthy, who spearheaded multiple campaigns trying to bust suspected communist espionage agents.

During McCarthy’s era, hundreds of Americans were accused of being communists or communist sympathizers. The bad thing about this was, people were often accused with little to no evidence, and were faced with aggressive investigations and questioning. Ironically enough, the people who were most suspected were government agents.

The harsh attacks on often innocent citizens led to many people losing their jobs & careers, and even imprisonment. A large number of the punishments handed out as a result of “McCarthyism” were later overturned for being unconstitutional, illegal, actionable, or extra-legal.

In short, McCarthyism was a wide-spread practice of making accusations of treason without proper evidence that was generally accepted because Communism was truly feared by many Americans. No one, from celebrities to government agents to teachers, was immune from baseless threats of Communist sympathizing or activity.

Even though McCarthyism was simply unconstitutional, it is not without its supporters. Many people believe that the ends justified the means – as long as the country ended up safe from the embrace of communism, they were happy with it. I wonder how they would have felt if they were the ones being falsely accused of communism, however.

Nowadays, we have tried to learn from the era of McCarthyism in every possible way. While it is tempting to make invasive investigations based on a hunch, that is not the way a functioning society works. Hopefully we never have to worry about being illegally searched for something we did not take a part of – that doesn’t sound very American at all.