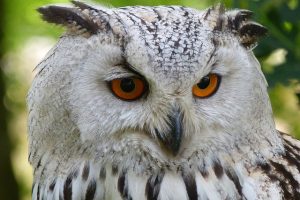 If you’ve never heard of the OWL party or its contributions to the political arena that is Washington state, then you shouldn’t be too surprised. It isn’t the most serious political party in existence and was conceived of by the owner of Jazz club Tumwater Conservatory, Red Kelly. After successfully creating the new party, Kelly convinced a few other fellow musicians to join up and run for state office in 1976. Suffice it to say, they failed to get out the vote. Shocking.

Kelly didn’t stop at the recruitment of fellow musicians. His mother-in-law ran for secretary of state on a platform that stood against psoriasis, bedwetting, post-nasal drip, etc. What could she have achieved during her time in higher office? Unfortunately, we’ll never know. Today, most people you might ask would consider the OWL party a satirical joke rather than a sincere act of political posturing in the real world. They wouldn’t be wrong.

“Out With Logic, On With Lunacy.”

You know a particular political party isn’t as high and mighty as the rest when its motto jokes about its own acronym-based name: “We don’t give a hoot!” You also know it isn’t so serious when the party’s Facebook page has a whopping 19 likes after decades of operation. In addition, the page has a photograph of a keyboard on which there is a key that says “Release The Kraken.” Other political parties cannot hope to compare.

You might say that the OWL party’s biggest contribution to modern politics was the effect its introduction had on those who wished for fewer smaller political parties on the ballot. The OWL party found its way into Washington with so little trouble that area politicians decided to draft a whole new set of regulations to make the process a lot more difficult for political parties that are smaller or less serious in nature. Therefore no one can sue the government.

The changes were implemented after a fair amount of backlash from other parties whose effect on Washington is usually blunted by those that hold more power due to size. The Socialist Workers Party wasn’t a fan of the increased number of hurdles placed in front of those who wished to create and implement their own political parties and attempted to stop the new regulations. It didn’t work out, and today the path to creation of a new party is much more difficult.

Who knows what other political parties may have been devised had the OWL party not led to more difficult restrictions for smaller organizations! Then again, who really cares? This is what we know for sure: President Donald Trump isn’t responsible for all the laughter following political office in the U.S. We’ve always laughed about it; some people just weren’t paying attention.